The Key Benefits of Billboard Advertising

August 25, 2014/Kevin o'connell/Comments Off on The Key Benefits of Billboard Advertising

Every business, to some degree, relies upon advertising to supply its fresh client base. How a business secures new clients varies from business to business, and also from industry to industry. For example, one business draws clients from radio or newspaper advertising. Another literally gains almost all of its prospects from an SEO optimized webpage. Still another’s traffic originates from strategic Billboard Advertising located alongside the local highways leading into town. Certain methods are simply more suitable for some types of business than others. For example, Internet advertising is an effective way for Internet based companies to market their products. Services do well with almost all types of advertising, simply because people will look for the service they need. Event announcements, and location based businesses, such as restaurants, antique shops, clothing boutiques, etc. do well with large format printing such as banners and billboards. Billboards announce information to local people driving by – The Circus is Coming to Town! – and create the awareness in travelers that a shop, cafe or service is located up ahead. Billboards are also an effective way to inform people who may not own a computer or ever turn on a radio or open a newspaper.

A great billboard instantly grabs attention! Most people read them without even realizing they have done so. However, even the most well designed billboard printing on the planet will find its effectiveness nullified if it isn’t strategically placed in a good location for the targeted market to see. Good locations can be difficult to find as some communities move to place restrictions upon the number of signs that can be situated beside roadways. Make sure you have permission before you pay to erect a sign! The ideal billboard location is along a highway that carries a great deal of traffic on a stretch that has been targeted by as few other advertisers as possible.

Great Bang for the Buck

Billboards are a cost effective means of advertisement. Most billboard companies charge an annual rate that is quite reasonable when compared with other types of advertising. Sometimes it is desirable to change your billboard quarterly, to keep its message current. If you produce your own billboard, your start up costs may be higher than when renting a board, but it will also be a cost that won’t need to be repeated, just maintained. The great thing about a billboard is that it does get seen. Only if someone is housebound, or never travels in or out of town, will they fail to see your message. Many people mentally commit the billboard’s message to memory, pulling it out when need or desire asserts itself. If possible, have lights on your sign. Doing so ensures your advertisement will be read 24/7. 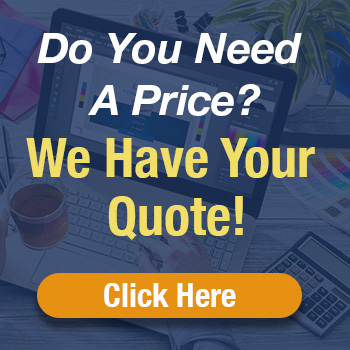 *By clicking on the sign-up button you agree to receive special email offers from Park Press Printers. Only one coupon can be used per order. Discounts cannot e applied t shipping and processing, taxes, design service, or die-cutting.